The Sheila McKechnie Foundation (SMK) celebrates the work of campaigns and campaigners across the UK with the SMK National Campaigner Awards.

The SMK was set up 15 years ago to honour and preserve the memory of legendary campaigner Shelia McKechnie.

Nominations for the 2020 Awards are now open in ten award categories: 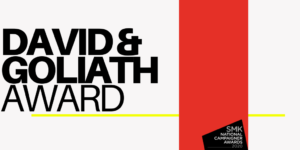 JRRT is proud to sponsor the David & Goliath Award, which “celebrates individuals or small campaign groups that take on much bigger organisations and challenge vested power.”

The award ceremony, which will also celebrate the 15th anniversary of The Sheila McKechnie Foundation, will take place on Wednesday 2 September at London’s Union Chapel .