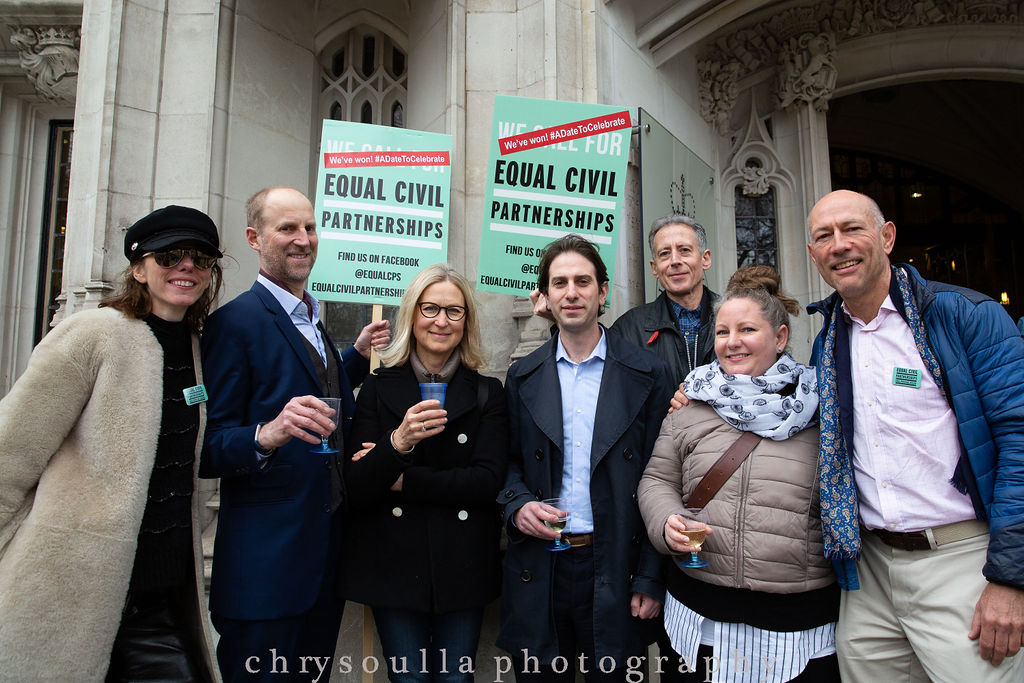 Campaigning for mixed-sex civil partnerships in England and Wales
www.equalcivilpartnerships.org.uk

The Equal Civil Partnerships Campaign was established in April 2015 to press the Government to extend the right to civil partnerships to all couples regardless of sex or sexual orientation.

“It is difficult for a small organisation such as ours to match the financial and institutional power of government but by being nimble and strategic we have already proved the possibility of bringing about major change. JRRT’s considerable investment in our work has been crucial to success.”

The Equal Civil Partnerships Campaign group focused on the goal of ensuring all couples have the same right to choose the type of standing their relationship has in the eyes of the law.

The campaign has been pursued tenaciously through the courts and in parliament. JRRT has provided four separate grants, the most recent for £25,000 in autumn 2018.

The sustained campaigning effort paid off and on Tuesday 26 March 2019, the Civil Partnerships, Marriages and Deaths (Registration etc) Bill received Royal Assent and the law now requires that civil partnership be made available to mixed-sex as well as same-sex couples no later than 31 December 2019.

Ben Williams, programme manager at JRRT, said: “Funding from JRRT enabled this campaign to get across the line.

“The Equal Civil Partnerships campaign have shown how tenacity and dedication can deliver much-needed reforms, in this case giving mixed-sex couples the same legal rights as same-sex couples.”

Full details of all grant funding, including to the Campaign for Equal Civil Partnerships, is available here.